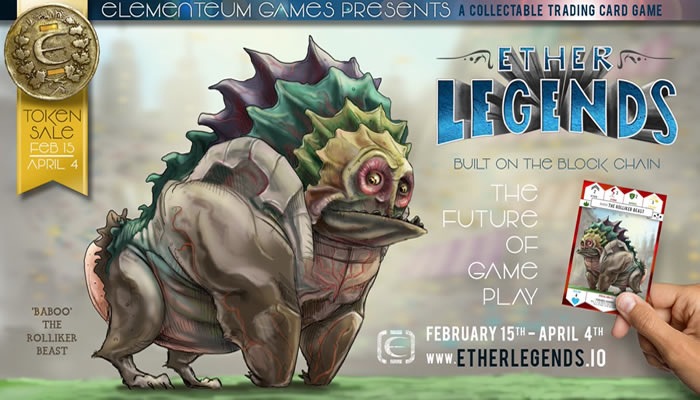 The advent of cryptocurrencies has brought upon us a new era for technological development even outside of its nature oriented towards the economy and the many political debates it has sparked. Its underlying platform, the blockchain, has been widely acclaimed due to its uses outside of cryptocurrencies and it has seen as a concept that might modernise several aspects of the world. However, it’s now looking to change an unexpected one.

The decentralisation of the Ethereum platform and the token system provided by Ether Legends will also give players full ownership of the digital content.

While players will still make use of familiar gameplay mechanics such as developing characters while evolving their abilities and attributes, the game will form a bridge between traditional gaming and modern technology by allowing for all of this over the Ethereum Blockchain.

To power the Ether Legends ecosystem and to make rewards and transactions possible, the company has developed their token. An ERC-20 coin named Elementeum (ELET), it will be used by players during matches and to perform trades inside the game’s marketplace.

To promote liquidity and distribution of the ELET token, as well as to raise funds for final touches on the platform before its release, Ether Legends is hosting an ICO (Initial Coin Offering). The sale goes through April 4th, 2018.

An ICO is a popular crowdfunding method made possible by blockchain technology, and it consists of the same principles as traditional Initial Public Offerings in stock markets. In ICOs, a company offers a part of the tokens that will be used in their platform at a low price for early investors.

If you’re interested in acquiring tokens on their ICO, here are the steps to do so: