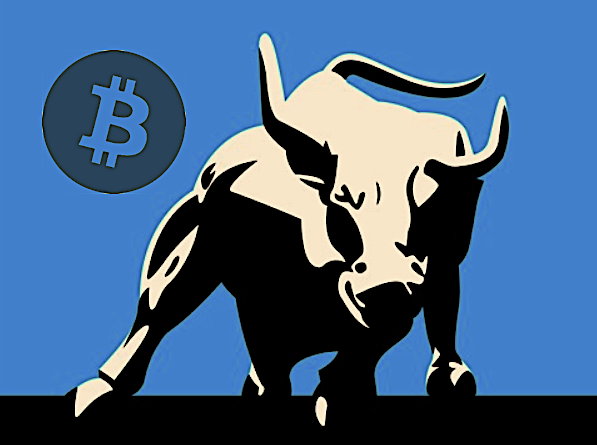 Regardless of multiple risk factors unfolding over the past several weeks, Bitcoin had been rallying impulsively, almost reaching $16,000 for the first time since the beginning of 2018. As compared to the March 2020 lows,  the token is up almost 400% and an increasing number of people are now asking whether it could reach the all-time high or even break above it.

Two weeks ago we’ve talked about whether it’s worth buying and holding crypto in 2020 and today we will talk about the bullish scenario for BTC in the months ahead.

One of the main reasons why the Bitcoin rally could extend into 2021 has to do with the current market sentiment. The price action suggests the order flow is heavily biased towards the buy-side and because of that, it could be difficult for sellers to reverse it. Increased volatility is something usual in the crypto market, so 20% drawdowns shouldn’t be a surprise.

However, in the mid-term and long-term, Bitcoin looks poised for new all-time highs, given it managed to break above the 2019 high recently and now we see buyers continuing to push the price higher, despite extreme overbought conditions.

The Bitcoin rally came at a time when the US dollar was pressured. The past week had seen the USD weakening against most major currencies and BTC was one of the main beneficiaries. We’re already seen that there’s an inverse correlation between the two assets so a weaker dollar means good news for Bitcoin buyers.

Will the dollar weakness persist, now that the odds of new stimulus in the US had diminished? A divided Congress will make it hard for the new President to implement his agenda, which might favor USD strength along the way. We believe that due to deteriorating economic conditions, a weaker dollar would be good not just for the US but also for the entire world.

Unlike fiat currencies, Bitcoin has a fixed supply and because of that, it has the ability to grow in value over time. We’ve talked about past scalability issues but when it comes to demand/supply imbalances, BTC has a strong potential to increase in value, denominated in either fiat currency.

With that being the case, the diminishing purchasing power of traditional money means BTC has a lot more ground to gain. The cryptocurrency is already 12 years old and throughout its existence had defied all pessimistic critics and continued to reach new milestones.