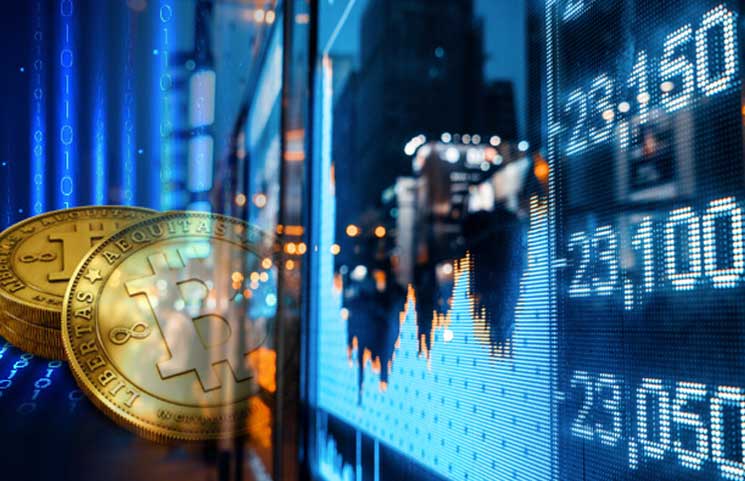 Even though cryptocurrencies had been uncorrelated instruments, 2020 turns out to be a special year, due to the COVID-19 pandemic. In an environment where monitoring risks is the most important thing, investors are putting in one basket all the volatile assets and as a result, an unusual correlation between stocks and cryptocurrencies occurs. Navigating the crypto market in the weeks/months ahead will be particularly challenging, which is why to want to debate on this correlation and whether it can serve as a defining factor in your decision-making process.

A short recap of both markets’ performance during the past two months would have to include the March slump generated by the fear of the virus spreading, only to be following by a multi-week rebound, which continues to be in play at the time of writing. Although that’s not the case on an intraday basis, cryptocurrencies and stocks continue to have relatively equal performances.

Now whether that is good or bad, we believe it’s a little bit of both. On one hand, investors can invest in both cryptocurrencies and stocks, without having to monitor both markets, since the correlation is positive. On the flip side, periods like this had been short-lived and at some point in time, a divergence will start to emerge.

That should not be the case as long as the risk sentiment will be heavily influenced by how the pandemic is spreading. This turns out to be the trigger of a new economic downturn, with potentially negative implications for both stocks and crypto down the road. However anticipating big crypto market moves could be possible by using the correlation with stocks, but any diverging factor will weigh heavily on the downside.

The debate of the V-shaped recovery

Even though their directional bias had been the same over the past two months, the strength of the market moves had been different. On one side we have the stock markets, which regained more than 50% of the lost ground during March, and on the other, cryptocurrencies like Bitcoin which had already recovered all the lost ground and trade in the positive for the year.

Both asset classes are volatile, but we can see cryptocurrencies turn out to be a lot more volatile than stocks. Thus far, it had been beneficial for crypto investors who bought the dip, but it can amplify a new downturn if it will occur somewhere alongside the next few months.

What Changed to the Cryptocurrency Investors Mindset?

Transitioning to Stablecoins – Good for Crypto?

Monitoring the Crypto vs. Stocks Correlation

What is Crypto Wash Trading and Why Does It Matter?

COVID-19 – The Chance to Put Cryptocurrencies in the Spotlight?