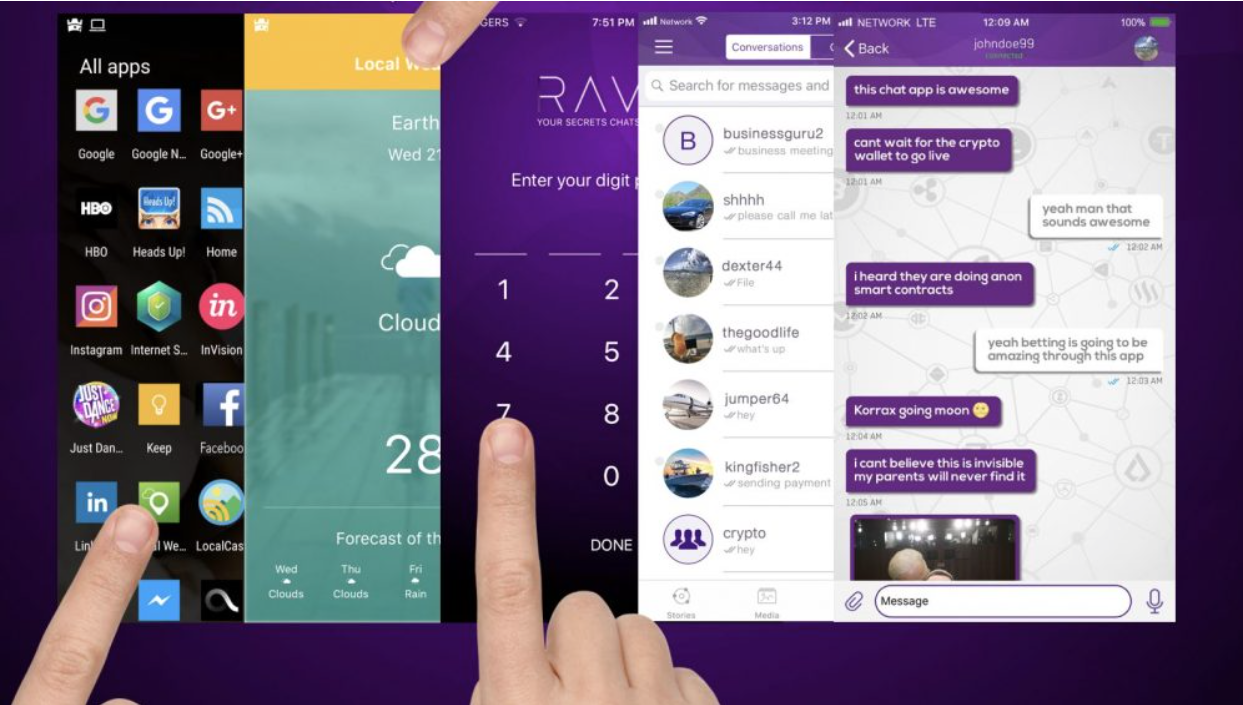 Ravn, an innovative blockchain-backed messenger app and ecosystem, has announced its official token sale pre-sale beginning on June 7th. The pre-sale will have a hard cap of 250 million Korrax (KRX) tokens at the base rate of $0.05 per KRX. Contributions can be made using Bitcoin, Ethereum, Stellar, or USD.

Ravn is unique from other chat apps as it is the world’s first invisible and anonymous fully encrypted messenger app with Korrax-Stellar smart contract functionality. Using military grade security, Ravn will include a full ecosystem that will include invisible chats, a built-in cryptocurrency (KRX), a wallet, lotto, and pay mechanism. Using smart contracts and blockchain technology, the app will be fully private, encrypted, and secure.

Ravn has completed a successful beta launch of the core Ravn chat app. More than 20,000 users signed up for their beta program in Latin America, Russia and India, sending over 2.5 million private messages and spent over an average of 8 minutes inside the app per day.

Ravn CEO, Chris Boundikas, explains, “Ravn is the first of its kind. We saw big gaps with current messenger apps, including security vulnerabilities and lack of functionality. We put the best people under one roof to find a solution to this problem. Ravn was born to solve many current pain points seen in the market. The best part is by June 7th the community will be able to download and use the app. We are excited for this and our upcoming ICO to go to market.”

How KRX Tokens Will Function Within Ravm

The utility of the Korrax token (known as ‘KRX’) will be featured inside the Ravn app as; RavnPay, RavnBet, RavnLotto, RavnWallet and also be able to transfer it to other users, or send it to an exchange to trade for other crypto or fiat currencies, and use it to create/execute smart contracts.

All KRX transactions within Ravn will be anonymous and secure due to the nature of blockchain technology. Since the Ravn app is completely hidden on your mobile device, your KRX balance will remain secure even if somebody gains unauthorized access to your device. We use stealth technology and ‘cloaked apps’ for Ravn login and notifications to ensure you and only you can ever access your encrypted data and cryptocurrency balance.

Since launching a whisper campaign, Ravn has brought on some of the world’s leading entrepreneurs and blockchain specialists, including Fabrice Grinda. Grinda is most famously known co-founding OLX and being an active investor to over 100 technology startups. Additionally, the team includes blockchain developers, marketers, and strategists.