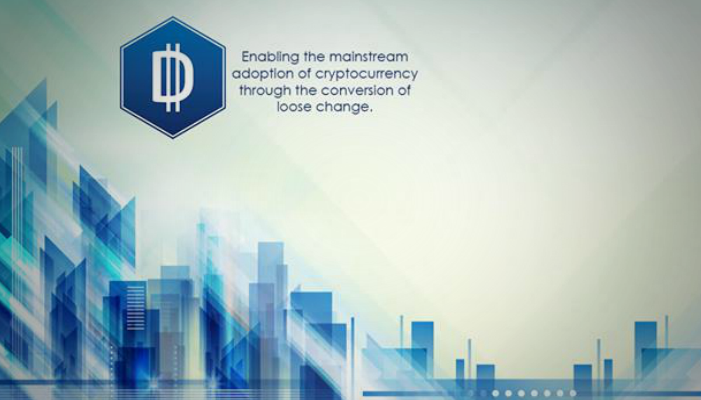 The specific objective of Digitizecoin is this; to enable the the mainstream adoption of cryptocurrency through the conversion of loose change into virtual currencies. This implies that Digitize coin plans on changing an already cash based society into a digital one. Digitize’s aim can be achieved through directly targeting the public by the provision of a service that enables the digital saving of loose change using cryptocurrency.

The inspiration behind wanting to engage directly with the public and wanting to bring about the transition of a cash based society to a cryptocurrency based one springs forth from the needs of every average consumer, notably the fact that the promotion of  the mainstream adoption of cryptocurrencies has become quite a difficulty in the blockchain industry.

The problem of handling loose change is one which is encountered by a very large fraction of the world’s population of which Digitize coin is gradually eliminating while at the same time bringing about mainstream adoption of cryptocurrency. Therefore, by solving a specific world problem; the irritation that comes with handling loose change, and by providing a means through which loose change can be saved digitally, Digitize coin aims to introduce the world to cryptocurrency. They aim to target the Asian-pacific region which is renowned for its dominant cash transactions.

HOW DOES Digitize WORK?

After the end of the ICO, there would be no mining, minting or creation of tokens and the tokens would become transferable on completion of the Initial Coin Offering.

One thing cannot be left unnoticed, and it is the fact that Digitize coin benefits the public as a whole. The consumer, the retailer, and the entire economy stands to gain immensely from the powerful and innovative Digitize coin.

The consumers get to gain tremendously right from the point where the frustration of carrying about loose change is gotten rid of through the Digitize token wallet which stores loose change. Digitize coin also hands to consumers an easy, smooth and consistent means by which they can purchase and exchange cryptocurrencies.

The retailers as well as the consumers get to gain rewards, alongside an instant payment solution. With Digitize coin, retailers do not have to deal anymore with the transaction of change, they also get to receive a percentage of the transaction fee whenever cash is deposited in exchange for digital currency.

All these benefits ball down to one great benefit; the economic benefit of Digitize coin. Apart from the fact that consumer demand increases which in turn develops the total economy, Digitize coin, to a large extent minimises the people’s dependence on physical cash, which also in turn reduces the cost of cash production.

In view of all this, it is quite glaring how Digitize coin is enabling the adoption of cryptocurrency. Simply put, they have taken into awareness one of the most afflictive frustrations of the public and have come up with an easy, perfect and fantastic solution.

Crypto vs. Fiat – Which one Is Better?

Particularities of Risk Sentiment in the Crypto Market